Factual information for this series is from a number of sources, including Wikipedia, the fascinating book The Health of the Presidents by John R. Bumgarner M.D. and the informative website http://www.doctorzebra.com

You’d think that to be president of the United States of America takes so much mental and physical effort that only the super-humanly healthy or lucky can do it. But you’d think wrong. US presidents as a group have suffered from whatever ills of the flesh in the usual proportions to their place and time. Mostly. A standout few have gone above and beyond, as if participating in some twisted experiment to see how much bodily derangement a person can sustain, and be “the leader of the free world.”

Be prepared to be inspired and amazed by our following list of the finalists for the coveted title of:

But first our lovely runners-up.

Short and not so sweet division:

Warren G. Harding. In office March 4, 1921 to August 2, 1923. There was a certain amount of tabloid speculation about WGs death, but the truth was pretty mundane; he had long standing coronary artery disease and it killed him at age 57, a fairly respectable age for this diagnosis in a time of no effective treatments. 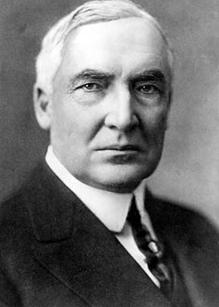 1920 was the first presidential election that women could vote. Supposedly Harding was popular with the gals due to his good looks. Not really seeing it.

William Henry Harrison. At least he lived to be 68.  On the other hand he caught some kind of respiratory infection at his inauguration and died only a month later.

TR was a man ahead of his time. Self aware and self reflective, he looked at what Mother Nature and destiny had designed for his life and said “hell no.” Perhaps it is unfortunate that having reached that peak of self-actualization he suffered an imagination failure and could conceive of nothing but to become a stereotypical macho man of the time, a great hunter, cowboy and blustering belligerent. Which luckily for all was tempered a bit by an appealing personal style and high IQ. But Mother Nature will not be mocked. TR broke his body and his mind on the wheel of his physical ambitions and by his early fifties he was finished. Something of a compulsive eater, in later life cumulative injuries and aging meant he couldn’t exercise and his weight ballooned. When he took to the campaign trail for his ill-advised third run at the presidency, he was confused, obese and short-winded. He doesn’t make the final cut however, because he was reasonably healthy (for him) during his presidential days.

But enough of prologue-tune in next post for the first of our fascinating finalists: Franklin Delano Roosevelt.

Previous Story Our Contributors: The Karens Next Story Our Sickest Presidents: The First Finalist

Cerebral Palsy: A Wheelchair in School

I Can't Drive- Now What?

Autism: A Friend in Need

I was terrified that I could not physically give birth to a child and that I was doomed to die on a slab of stainless steel surrounded by strangers in masks and scrubs.
3843 Views / 0 Comments / 7 Shares

Dedicated to bringing you the most compelling stories about the human side of any kind of medical condition: Surgery, psychiatry, medicine, or social - either from a provider, family, caregiver or individual perspective.

We are independently owned and are not a front for any health care business.